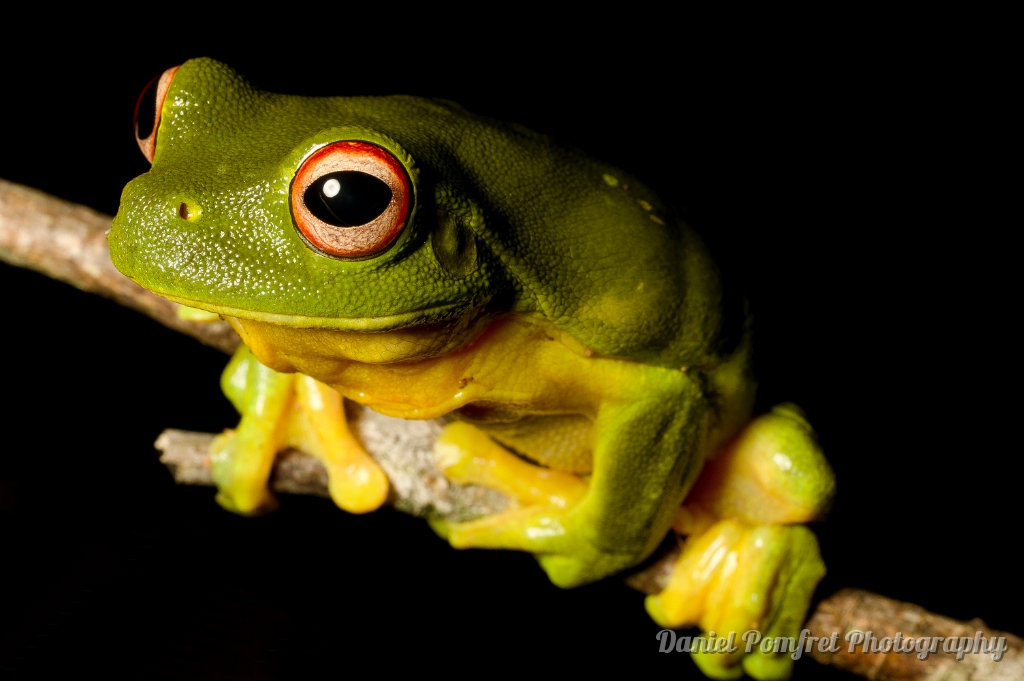 In December 2014 I travelled to Australia where I visited many wild places up and down the east coast. It was a great joy to see many of my favourite frogs doing well in places that I have visited in the past, and also some new species, some of which I have never seen in the wild until now. One was the Cascade Treefrog (Litoria pearsoniana), now listed as endangered by the Queensland Government.

There is a real problem for all frogs worldwide with one third to one half of all amphibian species are threatened with extinction, with probably more than 120 already extinct in recent years. Some of the major threats to frogs in Australia include habitat loss and land degraded by introduced livestock, mainly cattle, invasion of weeds, and timber harvesting. Upstream clearing and urban development have affected downstream flow regimes and water quality. Some frogs have also been infected by the chytrid fungus, which is now a worldwide frog problem and devastating disease. Now global conservation communities are in force and hopefully with a little help we will stop this decline. You can find out more at the Amphibian Ark (http://www.amphibianark.org/), Save the Frogs (http://www.savethefrogs.com/), Amphibian & Reptile Conservation (http://amphibian-reptile-conservation.org/), and The Amphibian Research Centre (http://frogs.org.au/).

That being said I was lucky enough to photograph some real beauties in their natural habitat and would like to share a few here. More of my frog images can be seen on my frog photography page at https://www.danielpomfret.co.uk/index.php/frogs-toads/