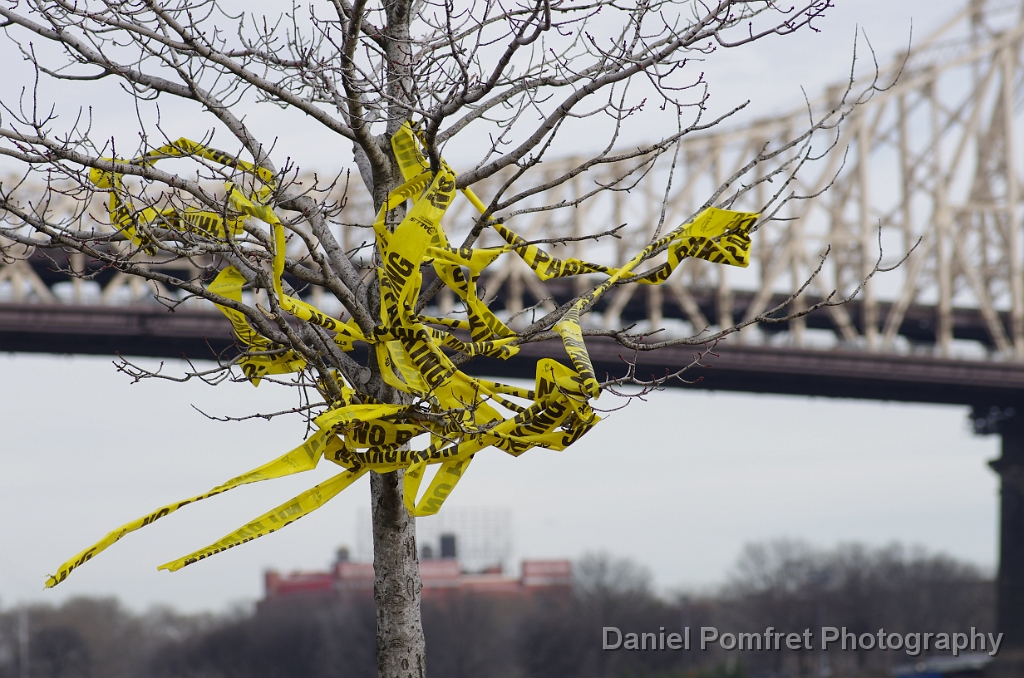 Most visitors to New York City come to see the Statue of  Liberty, views from the Empire State Building, The Rockefeller Center, the museums and of course shopping. Since I’ve had my fair share of all these, this time I decided I wanted to see and photograph the less visited parts of the City. So I headed to Roosevelt Island via The Roosevelt Island Skyline Tram.

The views from the tram are quite splendid as you soar high above the buildings, and across the East River alongside the Queensboro Bridge.  After exiting the Island’s tram station I wandered the short distance to the ruins of the old abandoned Metropolitan Hospital,once a a prison and lunatic asylum. Walking around the abandoned buildings I came across many unusual photographic opportunities that showed glimpses of the islands past life. I also found many photographic textures and layers, and managed to get some great photo’s.

At the time I didn’t know anything about the place, but with a little research I discovered its history.  In 1828, New York City purchased  East River island from the Blackwell family to build a convict prison and an asylum. When it opened in 1839,  on what was then known as Blackwell Island, the asylum was New York’s first publicly funded mental hospital and the first municipal mental hospital in the United States. In 1894 the asylum was moved to Ward’s Island and the Metropolitan Hospital Centre, a charity hospital took up residence, alongside the prison. In 1921 the City changed the name of the island to Welfare Island to reflect the mission of the institutions. The convict prison also finally moved to Rikers Island in 1935.

In 1939 the Goldwater Memorial Hospital, a chronic care facility also opened with almost a thousand beds in seven buildings and in 1952 another chronic care facility opened, The Bird S. Coler Hospital. In 1955 the entire hospital moved to its present location in East Harlem, leaving the buildings abandoned. A Residential community than started to develop on the island in 1971 with a new name, Roosevelt Island, which it has been ever since.

The island is now home to the Franklin D. Roosevelt Four Freedoms Park, designed by Louis Kahn and located at the southernmost point.